Who Can Authorize Cremation in Pennsylvania? July 23, 2019 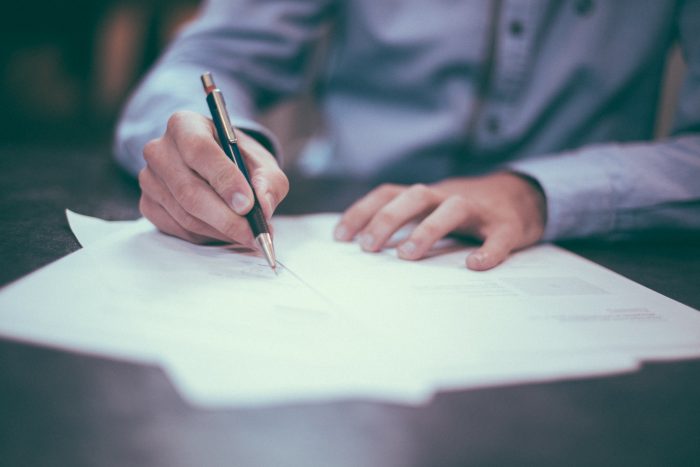 When someone desires cremation as a method of disposition, it’s important to consider the legal progression for complying with their wishes after death.

Legal Next of Kin

Family Members Who are Estranged

For the most part, the law only became an issue with family members who were estranged. It would not be terribly uncommon for a widow to pass away with several surviving children, and for there to be one or more estranged children who the siblings cannot contact.

Even worse are cases where one of the legal next of kin of the same tier does not consent to the cremation, at which point the court would have to get involved and make a determination, usually based on the preference of the family member who had the closest relationship to the deceased.

Both situations become time-consuming, expensive, and can engender animosity among family members.

In October of 2018, Governor Tom Wolf signed SB 180 (part of Act 90 of 2018) into law. Upon its effective date of December 22, 2018, it changed, among other things, part of the right to disposition law in Pennsylvania to allow for majority rule among family members of the same tier to determine disposition without repercussions or having to petition the court.

Not only does the passage of this bill save families time and money by avoiding the court, but it is useful in cases where one authorizing family member cannot be contacted, or to avoid cases where a single estranged family member could prevent the wishes of the deceased from being honored out of malice.

Though the bill will likely reduce the incidence of cremation and funeral service providers being caught in the middle of feuding families, it is still important for those who desire cremation to make their wishes known to those who will ultimately be responsible for authorizing that decision, preferably in writing.

It can be difficult to broach the subject, particularly with a spouse or child, but even by telling family members that your wishes are recorded and where to locate important legal documents can save time and heartache.

Remember, while it is good practice to include your wishes in a will or living trust, it serves no purpose if nobody will find these documents until after a funeral or cremation has already taken place.

If, based on the order of succession listed above, you have no family members who will be responsible for making the decision for you, it is even more important to have your wishes included in a legal document and share these wishes with a friend, neighbor, power of attorney, or future executor or administrator of your estate. And by including your wishes in an advance directive or by making your funeral arrangements in advance, little doubt will remain as to what your wishes are when the time to make these decisions inevitably arrives.

About Our Online Cremation Center

Our new online cremation center is a service of Griffith Funeral Home, Inc.

Griffith Funeral Home, Inc. has been serving generations of families in the Pittsburgh area and surrounding communities with the highest standard of care for many years.

This website provides a collection of online packages offered by Griffith Funeral Home, Inc. to facilitate the selection of cremation services and merchandise at your convenience and in the comfort of your own home. 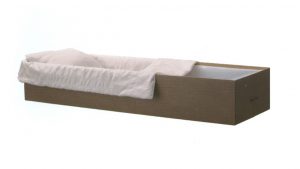 This cardboard cremation container with Rosetan Crepe interior is more durable than the standard cremation pouch included in the Simple Cremation and Cremation with Memorial Service package. 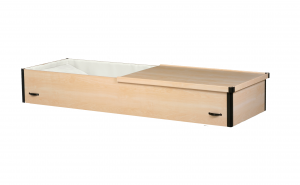 This Maple Veneer cremation container with Rosetan Crepe interior is a step up from the standard cremation pouch that is included with the Simple Cremation and Cremation with Memorial Service packages. 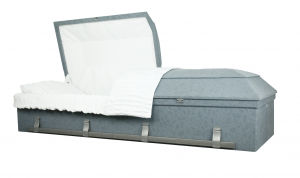 This Cloth cremation container has a doeskin steel colored exterior covering and an Ivory Crepe interior. 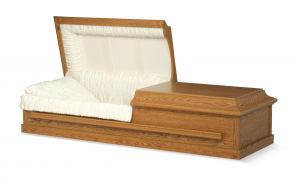 This Oak Veneer cremation container has a medium colored exterior finish and a Rosetan Crepe interior. 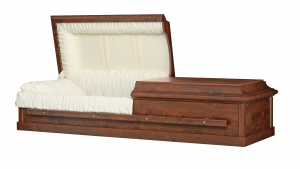 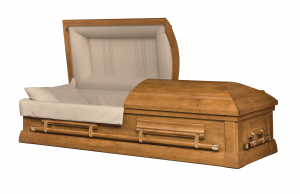 This Poplar Veneer full-couch casket has a Mountain Pine exterior finish and a Beige Linwood interior. 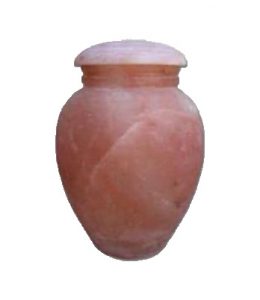 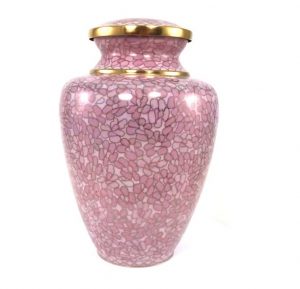 This full-size Rose Cloisonne urn is made from copper wire designs and hand-applied enamels. 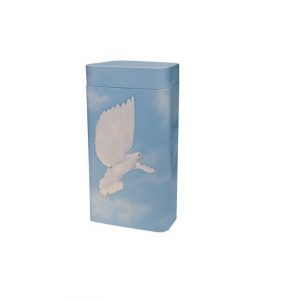 This full-size scattering urn is perfect for holding ashes until they are scattered. The inner lid has perforations that can be punched out when you are ready to scatter, and the outer lid can be replaced when you are finished. 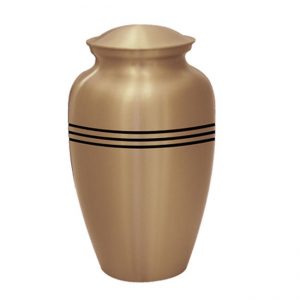 This Classic Gold colored full-size brass urn is both durable and timeless, and is suitable for burial or keeping at home. 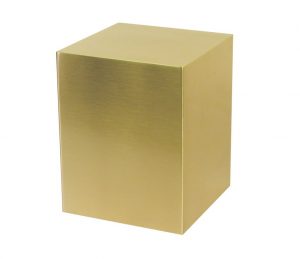 This full-size seamless bronze urn is simple and durable, and is suitable for burial or for keeping at home. 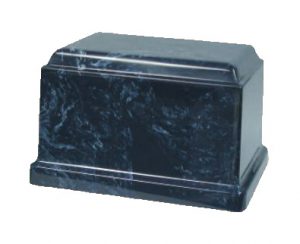 This full-size hand-crafted cultured marble urn is suitable for burial, or for keeping at home. 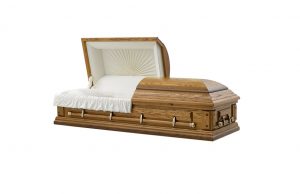 This solid oak casket has a medium satin finish and a removable Rosetan crepe interior insert. 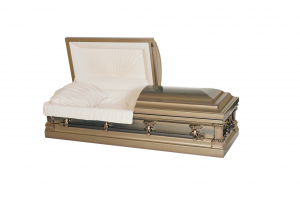 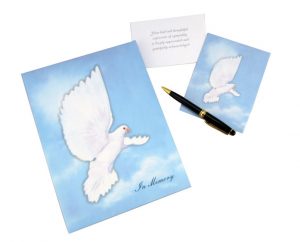 If selected, a register book, prayer cards (up to 100) and acknowledgement cards (up to 50) will be provided.

Are You in Immediate Need?

If you have just suffered the loss of a loved one, please accept our deepest condolences. Before completing the planning forms to select the arrangements you desire, please call us first to notify us that you are in immediate need so that we can prepare to take your loved one into our care. Completing this form does not notify us immediately. After you notify us, please proceed with your online arrangements. 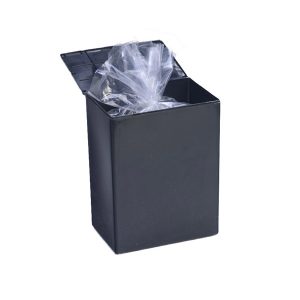 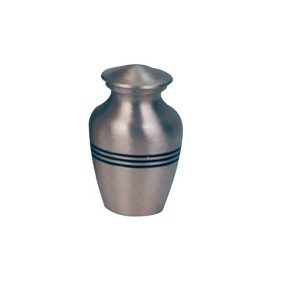 Pewter-colored brass keepsake urn that holds a portion of ashes. 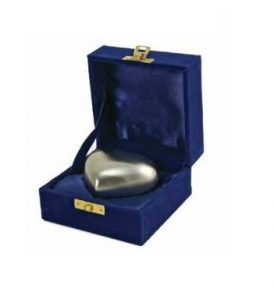 This pewter-colored brass keepsake heart urn holds a portion of ashes, and comes with a blue case for storage and display. 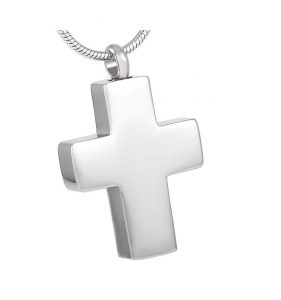 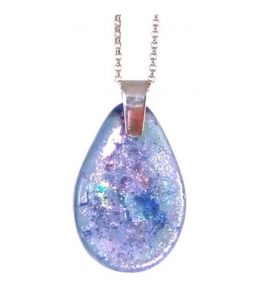 This teardrop-shaped glass art pendant is infused with your loved one’s ashes and comes with a satin cord. 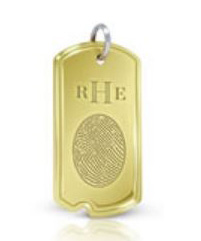 This polished brass dog tag pendant will have your loved one’s fingerprint as well as a monogram. 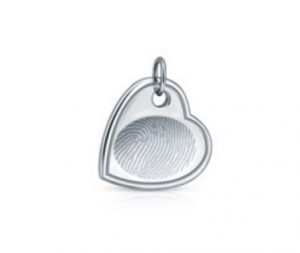 This rhodium-plated sterling silver fingerprint keepsake pendant is a beautiful way to keep your loved one close.